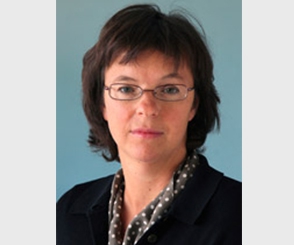 Kristina Schoonjans is Lecturer in Biochemistry and Research Professor at the Ecole Polytechnique Fédérale in Lausanne (EPFL), Switzerland, where she studies the role of nuclear and membrane receptors in metabolism and bile acid signaling. She obtained her Ph.D in Molecular Biology and Pharmacology from the University of Lille, France in 1995 for her work on the role of the PPAR nuclear receptor family in metabolism. She continued her academic career in the same research area during her postdoctoral training at the Institut Pasteur de Lille until 1999. She then moved to the Institut de Génétique de Biologie Moléculaire et Cellulaire (IGBMC) in Strasbourg first as a research scientist and later in 2007 as a research director with INSERM. Kristina Schoonjans is member of the editorial board of Molecular Endocrinology and Molecular and Cellular Endocrinology.